Leadville: A Small City with a Big History

Leadville’s 150-year history has had a profound effect on shaping Colorado’s landscape. From its earliest gold strikes to the establishment of its national forests, Leadville has played a major role in Colorado’s economy, popularity, and “wild west” persona.

Prospectors first descended upon Leadville in 1860, when gold was discovered in nearby California Gulch. Though the gold rush brought 10,000 people to Leadville, the city didn’t reach its height until 1877, when the Silver Boom was in full swing. Profitable silver mines supported a population of 30,000, including hotels, saloons, gambling halls, stores, boarding houses, and brothels. Some of the country’s greatest fortunes were made during this time, such as the Guggenheim’s, Marshal Field’s, and founder of Macy’s, David May’s. 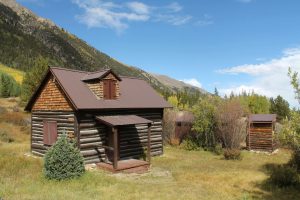 Leadville’s history brims with colorful characters whose stories have withstood the test of time. Most popular are silver magnates, Horace and Baby Doe Tabor, whose love triangle inspired an opera and a Hollywood movie. Another legend whose roots stem from Leadville is the “Unsinkable” Molly Brown. After obtaining wealth from silver claims, Brown became a champion for suffragettes and survivors of the Titanic.

The wild west was alive and well in Leadville. Residents like outlaw Doc Holiday, lawman Martin Duggan, and conman, Soapy Smith, paint a picture of hardened streets and rugged saloons where bullets flew and lies were told. Likewise, legendary brothel owner, Mollie May, personified the seedy side of the west, where prostitutes brawled amongst themselves before luring men into their beds.

Leadville has done an incredible job at preserving its vibrant history. A National Historic District consisting of 70-square-blocks of downtown Victorian architecture was designated in 1966. Nearby, a 20-square-mile historic mining district is protected as “The Route of the Silver Kings.” There’s also Clear Creek Canyon, which showcases ghost towns, and the Mineral Belt Trail, which offers interpretive signs that tell Leadville’s vast history. Walking tours, museums, and a railroad tour provides details of the stories and characters that shaped Leadville, made it the historical destination it is today, and established it as one of the world’s greatest mining capitals.